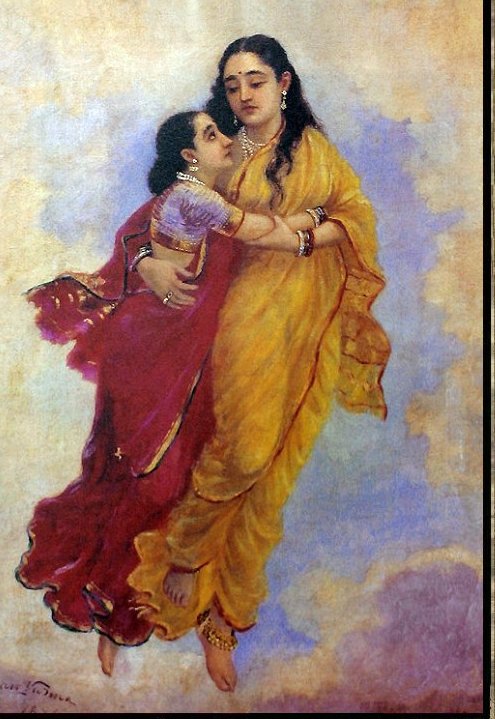 That afternoon, Phulla saw the divine Urvashi climb up the temple stairs.

Phulla's veranda, where she sat stringing flowers to make little ornaments for the hair, was situated one third up the length of the stairs, which flowed up like a broad river that thinned in its upper reaches. That morning,the most beautiful fish was making her way up them, gracefully swinging her fin. She was young, probably 12 or so. Dark kohl lined her jewel like eyes and shone on a skin whose radiance would pull any onlooker towards it, and then intimidate him that it pulled. Her long lashes swept the stairs as she walked. Soft pebbles of mogra caressed the back of her neck. Her forhead was dusted by a lightly blown patch of vermillion.

When those langorous eyes swept over Phulla and past her, in an instant forgetting what they'd seen, Phulla was stung to the quick, she turned her head away from the apparition and looked at the fish-mother instead. The mother's face was craggy, as though the daughter's skin had absorbed all its moisture. If 'Urvashi's' hands were soft and limp, her mothers' had the restlessness of a craftsperson. In colouring this perfect picture that stood next to her, the mother had faded to a dull outline. Her presence was shadowed by a lack, and her face showed a fear of want. But her hand was clasped in 'Urvashis. She wanted the gift of flight from her.

As Phulla's eyes swam, over the mother's hands, along the daughter's, to that beautiful face, again..a sky rose over the earth inside her, like a minaret over a tower. A thorny green bush caught fire, and Phulla was singed. Her plump fingers continued to pick white flowers and nothing stirred in her eyes. The girl walked right past her. Still dazed in the trap of fragrance of her flowers and her hair oil, Phulla turned to her own courtyard. Her mother was stoking a fire, very slowly, as if she wanted to be sure that she did not break the sleep that she had gathered to her like a blanket the very day that Phulla took over her work at the stall. This is how it's always been with flower girl mothers at this temple.

The wave having passed, the stairs were stone again. A cat with an absolutely upright tale was slowly taking measure of the courtyard. It felt like the evening had emptied the yard of any signs of life. A hollowed cat, a hollowed mother, a hollow yard, over all of which, the evening had settled in a shroud of small particles. The hollowed out legs of Phulla hurt as she carried utensils to the river for a wash.

The mats were empty. But the katha vachak had started his story in the light of the lamp. Phulla sat on the empty mat with the hope that maybe, by some chance, the story that was told today, would somehow belong to her. Her palm was clutching the packet of vermillion she had bought from Azgar's shop.

But the old man told the story of the big devout bird whose wing got cut off by Ravana impatiently carrying Ram's wife away. Ram was tender with the bird with the broken wing. Phulla breathed impatiently. A virtuous life rewarded with a stray kindness at its very end, no, this is not what she wanted to hear.She looked away, this way and that, and then, gritting her teeth against the story that had softened the old storyteller's face, she began to draw a large red eye in the vermillion she was carrying.

Dhrinder was resting on his arms on one of the empty mats and looking up at the sky, where dull clouds were walking over a stunted moon. Dhurinder shut his eyes and found images falling behind them like coins into a money box. Like broken paintings they fell- the horse at Baroda.. Sir Griffith standing in a corridor.. Just today, in their courtyard, his mother had extended a baby towards him, as though she was saying "Yours". Kamala was standing in the depths behind Ma's large shoulder. Dhurinder's fingers went over the edge of the durrie and sank in the sand, stroking it like it was Kamala..His eyes opened. Baba's face was so white in the light of the lamp.

The boatmen of Nasik were on strike again. So Dhurinder had also sat on a pahalwan's shoulder to cross the river. It irritated him. Had he not been carrying all that luggage, he would have swum across. Mid river, Chandu Kaka passed by, letting out sharp giggles from where he sat on the shoulders of one of the pahalwans of the Udaseen Akhara. Ahead of him a woman passenger had completey covered her face with her saree, so that no one recognised her in this shameful posture. Dhurinder kept staring her way- who was she? He had an urge to kick at the sides of his mount, like he would at the horse in Baroda, and yell 'giddy up'!

Was that Kaki after all? Even after getting off, Dhurinder waited a full 20 mintues at the ghat, in the hope that if he figured who the woman was travelling with, he would be able to identify her, and he could narrate this story to Kamala at night. Would Kamala laugh?

The fat girl in front of him was going on shaking something in a small pouch. She looked working class, like she'd taken advantage of the situation and made herself comfortable on the empty mats. All her attention was directed at the pouch in her lap. Truth be told, even Dhurinder was impatient with Baba's telling. His voice was not able to travel the distance of the mats. Had Baba's voice been diminished by this open shore? Dhurinder felt like putting up a Ravi Verma painting on the ghat instead- and how the crowds would clamour then. He kept staring at his father.

After washing the dishes, Phulla had broken the water into pieces as she swam to the temple in the middle. She had stayed there, silently, like a fat fish in the water, mourning as she looked at the moon. She had realised that she was trapped in her mother's very ordinary dream. She could never become Urvashi.

When Dhurinder hid his face in the black cloth and tried to find his Baba in the mirrors of his camera, he found an empty chair- Baba had left its imprisonment. It was the next morning. Dhurinder was trying to forget what he had thought of the Katha the previous night. He had put the camera between his father and himself. He wanted to capture an image of his father that he could then love in a simple way. But Baba refused this imprisonment. As did Kamala. His hand lightly holding the leg of the camera stand, Dhurinder realised that this was not the place to keep it, he would have to go elsewhere to work with his machine. Hansa Thapliyal 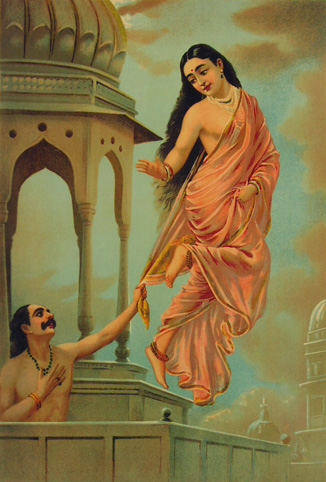 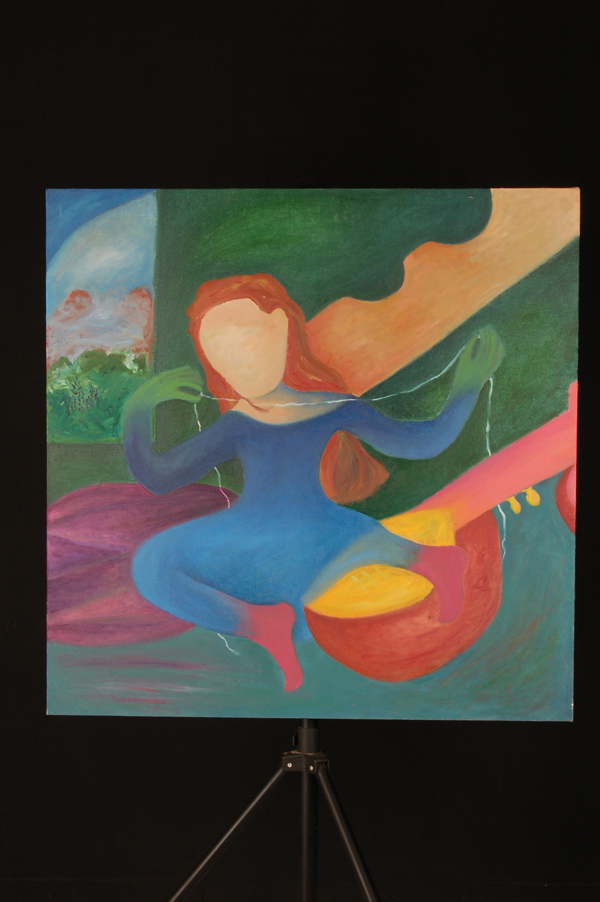 He watched her disappear as her illness took hold of her. He would feel the eerie silence of the dance room when he passed it by. Alone in his official carriage one day, he had turned his eyes away from a shop which had tablas hanging on its porticos.

She looked smaller and smaller in those gleaming silks. Maybe this sight decided his lifelong aversion to royal shine and decoration, his famed propensity to keep things a bit simple, had its roots in this moments, when he saw this small woman who looked like she was being devoured by the ageless gloss of her silks. She looked so weak, he heard the sound of something break like a large twig in his heart when he saw her, and knew she was going to go away.. even as he fought that knowledge as soon as it appeared to him in a clear sentence- she is dying, a loud voice repeated on and on inside him as he looked at her. His head would give a sudden shake of denial. 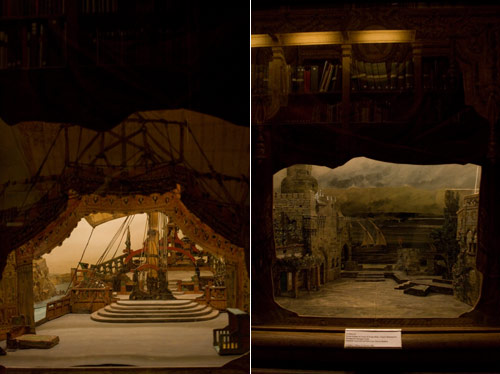 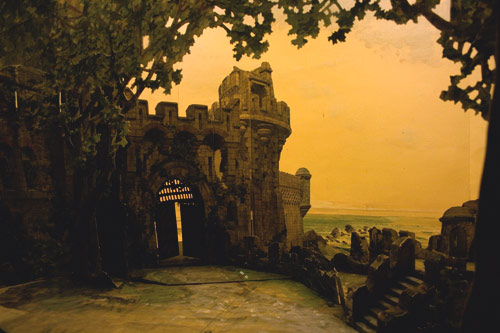