Local history at the university of Baroda states that the late 19th century reformer Maula Bux avoided “inferior compositions” and chose to use poetries of Kabir, Sur Das, Mira Bai, Narsingh Mehta, and Prem Anand( Thakkar 1992:18). They were all poets of the bhakti movement, or Hindu devotionalism that swept medieval India (These poets’ lives are variously dated from the fifteenth to the seventeenth century). Apparently, their poems are religious and devotional in content, and Maula Baksh set their poems to music with the intention of using them to teach classical music to the general public. Historical narrative passed on at the Faculty of Performing Arts of the University of Baroda ( i.e., the successor of Maula Baksh’s school) follows the general pattern of reformist discourses.

“The Late Prof. Maula Bux, (who) was a Dhrupad singer and (most) probably influenced by the religious texts of Dhrupad-Dhamar ( compositions), must not have approved the erotic Khyal songs for the students of his School. He (set) to musical compositions a number of devotional songs and solved in his own way the problem of (compositions). This was a step in the right direction to win over the public who (did) not approve their songs singing songs of unacceptable sentiments (M.S. University of Baroda, Faculty of Performing Arts 1992. xx). Maula Baksh’s contemporary and rival, Faiz Mohamed Khan, similarly set polite and literary texts to music when he was appointed to lead a music school under Maharaja Sayaji Rao Gaekwar’s patronage. A scholar attached to the Baroda Court selected verses for him from famous works of Sanskrit and Marathi literature(Rosse 1995: 133). (1) Thus students at the music schools in Baroda learnt classical music through non-erotic, literary and devotional, somber and religious lyrics.

(1) Though Baroda is located in the Gujrati-speaking area, the Maharaja’s family hails from Maharashtra and thus speaks Marathi. Court documents are therefore written in Marathis and not Gujarati. Also, the city had a significant size of Marathi speaking population. These must be the reasons why the court scholar chose verses from Marathis literature, instead of Gujarati literature. a early image of the gayanshala

“I had a sweet melodious voice and had received full scientific instructions in Maulabux Musical school of Baroda” Phalke wrote in 1936 Diamond Jubilee number of Kalabhavan Baroda. 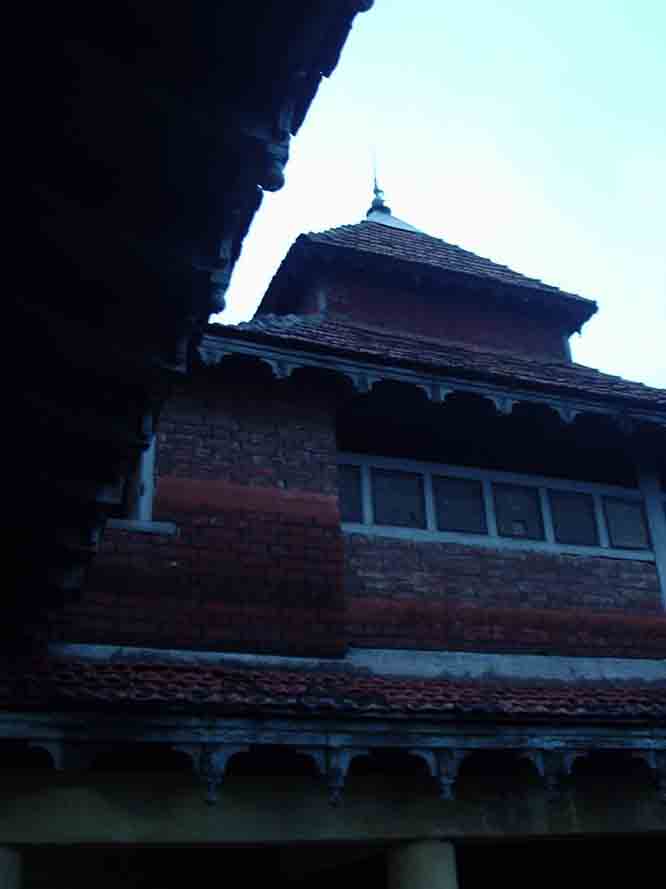 the building of the Maulabux music school, today the Faculty of Performing Arts, University of Baroda. Music lessons still take place here. this school was unusual in being one of the first of its kind in India, where classical music was taught in a classroom environement. It is seen as one of the visionary efforts of the then kind Sayaji Rao Gaekwad lll Early mornings and late evenings, the building continues to resonate with the sounds of singing classes, instrumentation, dance, theatre..interested, talented people from the city fill its corridors

The story of Noor.. "Regarding Noor's lineage. Hidayat Khan told me that the daughter of one of Tipu's sons had been miraculously saved and raised in secret; she married Professor Maula Bux the founder of the Academy of Indian Music in Baroda. Noor's father Pir Inayat Khan was the grandson of Maula Bux. Noor was born in the Kremlin in 1914, at the home of Count Serge Tolstoy, the nephew of Leo Tolstoy. Ah Life! Everything floats down the stream towards..? Your post brought back memories. Is time linear or is it cyclical? Best," excerpted from [2]

[3] brief biography of noor, great grandaughter of Maula Bux, who died working with the Resistance during World War Two. She was killed at Dachau concentration camp and posthomously awarded the George's Cross as recognition for her work and sacrifice.