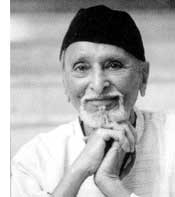 Chandrakiran, a book covering the life and work of veteran Marathi film and stage artist Chandra-kant Gokhale, is scheduled to release on October 19 in Pune at the hands of chief guest Smt Vijaya Mehta, director of National Centre of Performing Arts.

Chandrakant Gokhale has spent almost 75 years on Marathi stage. During the period of over 60 years, he has acted in 68 Marathi movies, 16 Hindi films and a couple of Hindi/Marathi TV serials. Gokhale has acted in 64 stage plays during his illustrious career.

Chandrakiran (Moonrays) deals with the experiences of the veteran actor as a stage artiste in depth such as his entry in dramas as a young boy at a tender age of ten, his association with different drama companies over the years, his gurus Master Dinanath Mangeshkar, veteran music director Master Avinash, Chintamanrao Kolhatkar and Baburao Pendharkar and how he could learn through them. He also throws light on the atmosphere prevailing in different drama companies and their downfall.

The book, which is dedicated to the memory of the actor’s late mother Kamlabai Gokhale and late wife Hemavati, also throws light on his association with various film companies and depicts his experiences with various film producers, directors and other colleagues. Besides this, Gokhale also throws light on his personal life as well as family members. His grandmother Durgabai Kamat was the first female artiste of Indian screen while his mother Kamlabai Gokhale (Kamlabai Kamat at that time) was the first female child artiste of Indian cinema. Way back in 1913, Durgabai acted as Parvati and Kamlabai as Mohini in a film by name Mohini Bhasmasur, produced and directed by Dadasaheb Phalke, the father of Indian cinema. Kamlabai was a stage artistee and used to sing also. It was from her that Chandrakant Gokhale took his initial lessons on both acting and singing. In the book, he states with pride that the legacy inherited by him from his mother was passed on to his son Vikram Gokhale, the stage, cinema and TV artiste. 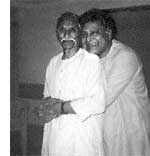 Chandrakiran not only deals with the four generations of the Gokhale family but also re-opens the period of last 70 years, both of cultural and social fields.

The book has been penned by senior film journalist and author Shashikant Kinikar. In his 30 years as a film journalist, besides several articles, Kinikar has to his credit three books in Marathi titled Dastan-E-Naushad, Jairaj - Ebb & Flow of life and Screen Venus Madhubala. Chandrakiran is his fourth offering. His first book in English Notes of Naushad is under printing and is likely to be released in December this year to coincide with the 84th birthday of the veteran music director.