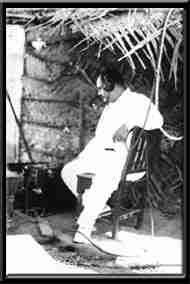 recording Alam Ara , 1931 The man who made the first Indian talkie and the first Indian colour film!! Irani began as an exhibitor, moving on to co-own Alexandra Theatre with Abdulally Esoofally in 1914. He was also the Bombay agent for Universal Pictures. His theatre ran both foreign and Indian films - and the success of Phalke's Kaliya Mardan and Krishna Janam convinced him to make his own. In a partnership with Bhogilal K. M. Dave, Irani set up Star Films Limited. In 1922 - -. Veer Abhimanyu The film starred Fatima Begum, who later became India's first woman producer-director.

- Ratnavali. In 1923 - - Krishna Arjuna Yuddha. - Champaraj Hoda. The film's 'beautiful bathing scenes' were advertised! - Chandragupta. Irani and Dave parted ways - the former forming Majestic Films and the latter, Sharda Film Company. Majestic Films continued the journey. Some films: In 1924 - -Veer Durgadar. A film on the Rajput warrior who challenged and defeated Aurangzeb, the despotic Mughal emperor. - Bombay Ki Sethani or Call of Satan. The film was based on the true-life incident, and court-case, of a rich lady exchanging her child with another's, while travelling by train. Majestic Films wound up, replaced by Royal Art Studio. Romances set in fantasy land were the preferred themes. For example: In 1925 - Naharsingh Dakoo. A film set in a fictitious kingdom, dealing with a good-hearted bandit who 'exposes the Minister and his wife...their treacherous doings' (as the advertisement ran).

Sulochana , Jamshedji in Wild Cat of Bombay In 1927 - - Wild Cat of Bombay. This film was extremely successful, and starred Sulochana as the golden-hearted girl who robbed the rich to feed the poor. - Alauddin and his Wonderful Lamp. - Alibaba. In 1928 - - Anarkali. - Madhuri. In 1929 - - Heer Ranjha. - Magic Flute. Royal Art Studio had already closed down. In 1929 - Imperial Film Company was set up in partnership with Abdulally Esoofally. In 1931 - - Alam Ara. This was the first full-length feature film with sound, i.e. the first Indian talkie. - Wrath (re-released as Khuda Ki Shaan). The film dwelt on the bigoted society and the caste system. The tale tells of a woman from the 'untouchable' caste: her rape by a Hindu, induction into prostitution by a Muslim, and the subsequent pariah status accorded to her by all. She is finally rescued and cared for by Baba Garibdas, who holds that caste and religion are man-made divisions invented by the unscruplous. The actor who portayed Garibdas bore an uncanny resemblance to Mahatma Gandhi. The censors subjected the film to harsh censoring. In 1937 - Kisan Kanya. The first Indian film in colour. Ardeshir Irani firmly believed in sending Indians abroad to learn the craft of film-making rather than employing foreign experts