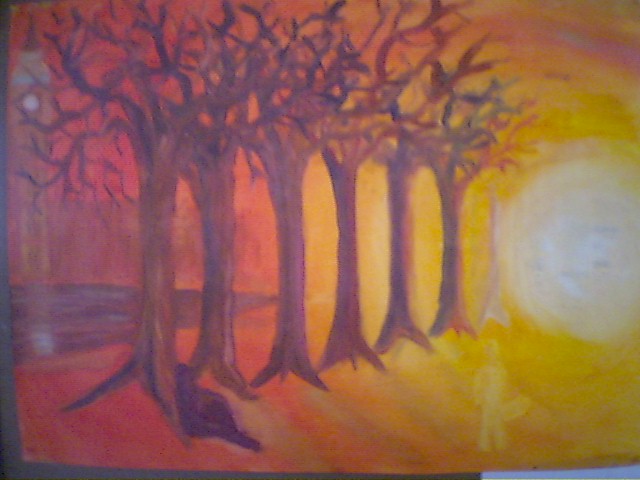 Due to certain reasons I had to leavefor London. Actually I had lost one of my best friend in an accident. 9i was very depressed. I was converted to Devdas. My parents told me to leave for Bombay & settle in London. Previously I used to enjoy with my friends in Bombay. I used to party a lot. I used to come late in night & get up late in morning. My father used to take contract in star cruise & five star hotels for, sofas, chairs & furniture. One day he sends me to Spain, Italy & Switzerland on a star cruise. It was like a cage for me surrounded by water. I could not see any sign of land for many days. I thought I was send to a prison. It sailed from dock to dock.i had worked very hard to complete my contract. I was there for three months. The captain of our ship liked my work, he told me to extend my visas but I refused. I had to go back to my country as soon as possible.

I came back to India. I could feel the smell of land. I was very happy. After spending some time here I planned to go to London. my visas process was going on . it was Saturday night, we friends decide to go for a movie. We all were enjoying, But enjoyment turned into a tragedy. We had some samosas & tea in marine drive station. We started to swing in Virar fast train. It was Dadar station when I had last words with my friend. I had warned him not to come out. Train started and his life finished, after he got hurt on his head. He fell down of the running train. I tried to pull chain but chain came off. I pulled another chain to stop train. Train stopped after two stations. Until I reach the accident spot he died. I couldn’t do anything for him. I was helpless. I didn’t know what to do & what not. I was shocked. It was very hard to tell the news to his parents. It was a nightmare for me.

Abdul bhai provided me with a rent house. There were already three people living in that house. One was from Afghanistan, other from, Punjab and one from Nepal. He indroduced me to them. He told them to take care of me. They all became my best frinds. I started enjoying with them. They thought me how to cook food & live according to their lifestyle. Abdulbhai asked me” tere pass work permit hain ?”. I refused. He told “chal tension lene ka nai. Main hun naa..” he helped me to find a job. It was illegal to work over there without work permit. I could have contact my relatives but I don’t want to be a burden on them. They were not to be trusted or dependable. I didn’t take their help to survive there. I struggle a lot to earn some money for my rent and food. I got a first job in a flower pacing company. It was a night shift and job was very tuff. My hands used to be full of blood because of Thorne.

After some time I got another job. It was in a shoe shop. I had to work very hard over there. I had to clean the whole shop and polish the shoes of my boss. I even have to clean the toilet. I was not ashamed of doing all these things. I was getting more & more experience & knowledge while going through this situation. I realize that how much struggle & hard work my father & grandfather would have done for us. I realize the actual value of money.

After some time I got third job. It was a paper stall in railway station. I used to sell newspaper & magazines. It was a winter season. I used to stand with a small heater behind me. Due to wind & snow the heater use to extinguish. It was that time when I started smoking because of winter, till now.

After sometime I got fourth job. It was a small coffee shop near Piccadilly Circus. It was so small that only one person could stand at a time. It was similar to Aarey milk shop we find in Bombay. My boss was a Pakistani. I was the only person to handle the whole shop. The timings were morning 7 to 8 in evening. In between I was not allowed to sit on the chair nor I could go to toilet. [I had to use empty mineral bottle]. This was one of my best experiences in my whole life. I have to change 3 buses, travel for 2 hours to open the shop and 2 hours to reach my home. I didn’t tell these entire problems to anybody. Not even my parents or my relatives what difficulties I was facing. I wanted to be independent.

The last job I got was a computer job. My boss was a Punjabi from Afghanistan. He was impressed by my work. Even today he used to phone me & says that when are you coming back your work is waiting for you. He provided me with a house & food for me near the office. Provided that I should reach office in the middle of the night, anytime he calls me. I used to work day & night to finish the work. I had a record of working continuously 7 days, day & night, 10 to 12 hours each shift. I got only 2 hours break to relax .I reached my house after 4 days just to take a shower & change clothes. My boss had become my friend. We use to go for casino in Piccadilly Circus. We use to drink together & go for a long drive on my holidays. It was March when my parents came to London they saw all my working hours & situation over there. They forced me to come to India for just one months with them. I couldn’t refuse them. I came back to India.

Now, I was changed totally. I was more silent & disciplined person. My life had took a U-turn. I felt that I was in a no mans land. I didn’t know what to do. Go back to London or stay here in India. It was one day when I was going through a road, I saw a man starring at me. He was in next car. I saw he was Phalke, giving smile to me. He told me "follow me…."