Gangavataran was the only talkie directed by DadaSaheb.Thereafter he did not involve himself with film production. After this movie was completed, he stayed for about a year with Narayan Hari Apte at Koregaon for peace of mind. Then he moved to Pune, where Nanasaheb Sarpotdar made efficient arrangments for him in Poona Guest House with respectand solicitude. Negotiations were on for Prabhat Film company to produce documentaries, newsreels and educational films with Dadasaheb in charge of the department. An honorarium of about two hundred and fifty rupees a month were also paid to him. He rented a rom for Rs. 10 a month in Dole's bungalow. After so days he moved to Vaidya Wada. However, Prabhat's scheme did not materialise.

The first Indian movie was screened in May 1913. It was, therefore, decided to hold the Silver Jubilee celebrations of Indian Cinema in May 1939 in Mumbai. Naturally, the father of Indian Cinema was invited to be the chief guest. My brother in law, one of the founders of the Prabhat Film Company, adminstrator, sound recordist, director and technical expert Vishnupant Damle, who brought me up as his son, took both of us, his eldest son Anantrao Damle and me, to the function. Each company had erected its stall, embellishing it according to its ideas. The most outstanding was Prabhat's 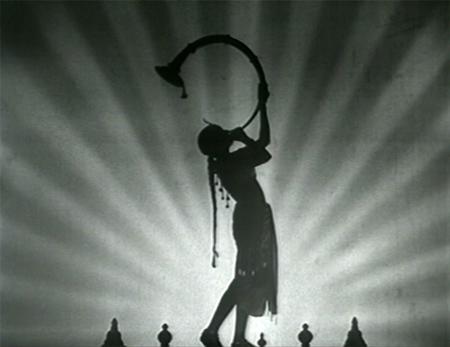 [2]artistic and beautiful stall and Ranjit Movietone's mascot, horse, that stood at a great height.

On that occasion, Damle took us to Dadasaheb Phalke and said, " this is Dadasaheb Phalke. He started the cinema industry in our country. '. How would we know then how great, how extraordinary this man was? We were just schoolgoing children then.I was fifteen. I bowed to Dadasaheb, bending before him in the traditional way. He patted my back. I was not old enough to understand the majesty of the moment when the father of Indian Cinema patted me. Now I understand the singularity of that experience.

All that followed was startling. Some huge shots in cinema industry were strutting on the dais. THe president of the function Satyamurti and special guest Governor Sir Roger Lumley appeared on the stage, but the main celebrity was not to be seen. Dadasaheb sat among the audience on one side, unobtrusively, wearing a shoti, shirt, cotton coat and cap! He was not even introduced to the Governor.Baburao Patel, founder-editor of Film India, the most popular cine-periodical of that time, and others brought this to the notcie of the organisers. Then there was some hectic activity.Prithviraj Kapoor led Dadasaheb to the dias holding his arm, with great respect and affection.But even there, he sat at the end of the row. As the function started, every speaker lauded Dadasaheb no end for his dazzling work, his achievements, and his loyalty to his ideals. After all the speeches were over, Prithviraj Kapoor got up spontaneously , faced the mike and declared, "My friends of the film world, the great man whose praise you just heard for so long, father of Indian cinema, is sitting there- look!" and as he pointd to Dadasaheb sitting at the back of the dais with head hanging down, there was thunderous applause. Film India displayed a photograph showing thehumiliation and indifference displayed towards Dadasaheb and also published a caustic article about it.

Dadasaheb had brought with him a prepared speech as follows:

I am now running seventy. I do not know wheter i should be glad or sad for God's keeping me alive for seventy years. If I look at my long life from the perspective of happiness, I am really experiencing heavenly joy.On this occasion, I think of Shakuntala of Mahabharata and her foster father Kanva Muni. She grew up in a hermitage of a poor hermit, Kanva Mahamuni. SHe grew up on cereals and roots and wore barks of trees for dress. The same is the case with my daughter, the Cinema. The joy that I feel today is the same or even more than the joy Kanva Muni felt on seeing Shakuntala as a young maiden, dressed up in royal splendour. My daughter, the Cinema, too grew up in poor circumstances. Now she is in the compay of princely pelf. Forty to fifty maidservants are unhappy if they do not get a chance to serve her. Artists in more than two hundred industries are exerting to serve her.

Seeing such a wealthy daughter and her twenty-fifth birthday, that is her 'Silver Jubilee' being celebrated with such fanfare as would make even a prince blush, which father would not feel fulfilled? Which father's eyes would not moisten with joy? However, where there is light, there is shade. The allure of wealth is so extraordinary and those possessed by it get so blinded that they do not recognise their own parents. That is what has happened to my daughter, the Cinema.

Leaving my poor hermitage in Nasik when she stepped in the alluring city of Mumbai, she was dazzled and her unbridled pranks started.The extent of her wealth-induced blindness went so far as to question me, in a daze of affluence, 'Who are you? You, my father? I do not know you. Because of my fame and riches, many have petitioned me for fatherhood. You may be one of them. ' She uttered such vile language. In the meantime, an extraordinary thing happened which helped open her eyes. Many of the servants and maidservants attending on her chanced to see her father wandering with his family away from his home crying out,'O my daughter! My daughter!' On making inquiries, they came to know that many honorable men had looted her father's hermitage. The trees and bushes on the roots of which she fed herself. had been completely rooted out and that her hermit father had not tree left to clothe himself from tis barks. Her father's hermitage had turned into a barren piece of land. Hearing of her father's wanderings and famished condition, she was distressed.She thought a little and said, " My countrymen, where am I? What am I doing? I seem to have lost myself. I will soon hold a congress to get my life analysed.Until then, do not bring my father to me. For the present, take this bowl, go to people all over India who love my father and collect a purse fund. Do something so that my father can go and meditate in a holy place. See that he is not put to hardship. Whatever happened cannot be undone. The daughter is doing and will do everything just and proper for her father. However, I pray to GOd that at least for sometime in the future let there not be born in India crazy persons like me who are pious by nature, straightforward in dealings, have boundless love for art, make sacrifices for art to any extent and for whom art is only an ideal.

Many hailed the film's freshness after the maudlin tones of A. Kanya and Devdas

Shanta Hublikar the new actress written about in Bal Chitale's "One Fine Morning She Found Herself Famous! The Romantic Story of Shanta Hublikar's Rise to Fame" Mirror, December 1939