In 1928, the first major clash between the government of the non-co-operators took place.Sir John Simon, visited India to find out how the 1919 constitutional reforms had worked but did not involve a single Indian which angered the people and they decided to boycott it. Wherever the commission went it was greeted with black flags and "Simon go back" placards and demonstration. There was a brutal lathi charge in which Govind Ballabh Pant and Jawaharlal Nehru, in Lucknow, were injured. Lala Lajpat Rai, in Lahore was mercilessly beaten up. He died of his injuries a few days later. To avenge Lala Lajpat Rai's death, Bhagat Singh and his comrades Sukhdev and Shivram Rajguru shot dead the British officer who had assaulted Lala Lajpat Rai. Bhagat Singh was arrested on 23rd March 1931, for throwing a bomb in the Delhi Assembly hall, he along with the two others revolutionaries- Sukhdev and Rajguru were hanged, by the british government for participating in the Lahore conspiracy. Bhagat Singh has been given the title of Shaheed-e-Azam.

So widespread was her fame that it was used to promote khadi too. A little- known fact is that the first Indian talkie venture was a short on Mahatma Gandhi inaugurating a khadi exhibition, alongside which was added a hugely popular dance of Sulochana’s from Madhuri, synchronized with sound effects.

both directed by Fatma Begum, starring her daughter, Zubeida. In many of her films Zubeida specialises in the role of the soft spoken good hearted prostitute 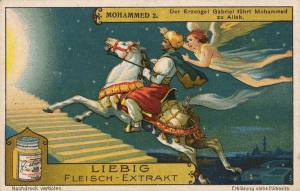