A young woman comes to help Sarasvatibai wash the volumes of dishes that pile up into small mountains everyday. Mandakini usually sits with her and squats on her haunches, watching Radha wash, wanting to do some dishes herself. Radha plays small games with her, turning the glasses upside down in water, making them heavier when she tries to pull them off the surface. She tells her strange stories, like one about falling into a mirror, and what she saw in there. Or about a child in the city being fed to a post box. Madakini sits by, listening faithfully, her face never stops smiling, . even when her eyes withdraw with fear. She is usually chased away by someone or the other, but that afternoon, there is no one in the backyard. There is a loud lament from an inner room- as an actor calls out in grief, for Ganesh Kumbhar.

Mandakini is tracing lines on the ground with the damp ash from the coconut shell when she hears Radha say:

I knew him, you know, that actor he is crying for.

Mandakini's child eyes look up and wait patiently to be told what is to come.

He was a sensation you know, people once came in the largest car you had ever seen, it had wings, to see him, from the city. Everyone wanted to hear his voice. So precious had it become that he never practised at home- who would give the money, no? He would go behind the hills near the temple and sing in the silence there.

( image of a growing crowd on the crest of a hill, on the other side, a solitary singer)

What a horrible death to have, Aga bai! what a miserable end to greatness. And they won't tell anyone what actually happened, o no! they will say he died of a fever. But those who know

Mandakini has been busy drawing wet circles of ash on the ground that are growing concentric in response to the woman's high pitch.

Ganesh Kumbhar the actor, who plays Shakuntala’s friend’s role in Sangeet Shakuntal lies in the afternoon, on bed, sick with a dreaded fever. Very soon he will be taken out of the house so that he cannot infect anybody else. He is going to die, and after five years of playing Shakuntala’s sakhi, he has to relinquish his role to a young newcomer.

In his dream he is on stage again, performing his favourite role - Shakuntala. Just as Shakuntala, graceful in sorrow, finishes a song about her separation from her beloved, Ganesh waits with bated breath. Will he hear one last time, the "once more!!” the ultimate response to his performance?

He sinks into happy daze of delirium as he hears "once more!!" and starts to sing again. The other actors have obligingly given their little cues and responses again. So far in his career Ganesh has seen a maximum of five "once more"s in one performance. This time however delirious Ganesh does not stop.

As he lies on his sick bed in the afternoon, his old sister, akka, grinds grain on a jaata the round stone grinder rhythmically. She too has the gift of voice, she is singing an ovi as she slowly grinds rice, the stone going "grn, grn..." with each turn of her hand. Something strange starts happening - as the grinder completes one round Ganesh starts getting a "once more" and has to sing one more time. He cannot seem to stop almost as if his singing is linked to the stone grinder’s rounds. He is starting to tire now. But he cannot stop, because the jaata goes on.

Then his sister puts in his wig of long hair into the grinder. Suddenly the grinder starts goes round and round fast, turning into a machine and instead of grain, starts grinding out round black disks of hair. Ganesh knows that each disk is his song going round and round repeating itself to an eternal "once more". Akka, his sister thinks he is delirious again, as he smiles feverishly, but he knows that now he can stop singing and die in peace.

In Germany at the same time an inventor sees a photo of an Indian stone grinder in the catalogue of “Photographs of Indian people and their cultures”. He dreams of a disk which reproduces sound with the help of a pin and realizes that his problem of reproducing voice is solved. 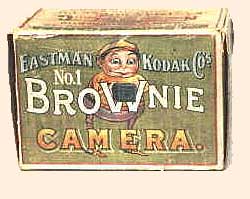 nitrocellulose, also called guncotton when used as a minor explosive. Jules Verne's novel from the late nineteenth century, 'From the Earth to the Moon' has this material used to fire the craft.

nitrocellulose replaces egg albumen as the binder on the photographic paper.